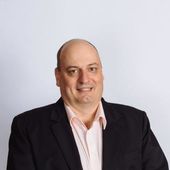 Benoit Hanssen is the Technology Director of Wind Tre SpA since December 31, 2016.

Benoit joined Wind Tre with the completion of the joint venture in 2016 by Vodafone Hutchison Australia where he held the position of CTO. He had previously led global managed services operations at Ericsson, and then he was again CTO at Hutchison Indonesia since 2007, where he oversaw the start-up and launch of the network.

Between 2001 and 2007, Benoit played a key role in the creation and development of Ericsson's managed services business. At that time, his duties were the management of the Telfort / O2 network in the Netherlands and the Bharti Airtel network in India. The latter led to the development of Ericsson's global network operations in India. He entered the telecommunications world in 1997 after working in the oil services industry for a few years.

Benoit speaks 5 languages ​​(soon also Italian). He studied Electrical Engineering at the Eindhoven University of Technology and holds a Masters in Business Administration from Webster University in Leiden.

Benoit was born in the Netherlands in 1971. He is married and has a daughter.

Other Presentations at Ericsson Innovation Day 2018