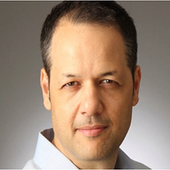 Prior to this, Cohen was the Head of Ericsson Israel, since 2005, serving as Head of Technology and later Head of the Business Division of Pelephone.

While working at Ericsson, Cohen has gained a wide range of international experience and has been involved in various activities for Ericsson offices in Japan, Sweden, Australia, Turkey and the United States.

During his 20 years in the telecommunication industry, he has worked at Israel’s first mobile operator, as well as being part of the Israeli telecommunication technology centric startup Geotek while residing in Seoul, South Korea.

Cohen was born in Israel. He holds degrees in electronic engineering and business administration.

Other Presentations at Ericsson Innovation Day 2018