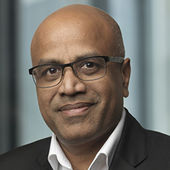 Arun Bansal was Senior Vice President and Head of Business Unit Network Products from April 2016 to March 2017. Prior to that role he was Head of Business Unit Radio from 2014 to 2016, and from 2010 to 2014 he was Head of Region South East Asia and Oceania. Bansal joined Ericsson in 1995 and has held various senior positions in the company, including Country Manager in Indonesia and Bangladesh. He was also responsible for establishing the world’s first managed capacity operation with the operator Bharti Airtel in India. He holds a Bachelor of Engineering (Electronics) degree and a Postgraduate Diploma in Marketing, both from India.